In the days of the Corona metaphor, the disease of mankind also manifests itself in the fact that completely misleading articles are written on topics other than Corona, because with Corona there is only one opinion for 99.9% of journalists and media worldwide, one common (paid), line. It is no different with climate protection and the environment, we are promoting technologies that are even more polluting than those we use and then write great about the fact that the environment in third countries is heavily polluted! Extract from a „specialist medium“:

Polluted water, danger to life: children on the contaminated Yamuna River in Delhi. Because industrial and private wastewater is discharged there in an uncontrolled manner, the river in the Indian capital is considered a „dead river“.

Global pollution especially harms children. The „Terre des Hommes“ relief organization is therefore launching a global campaign. The aim is to give the young generation the right to a healthy environment.

For me, a statement that perfectly reflects the current situation of humanity in its digital dependency. I don’t want to go into any technical and individual or specific aspects and facts, but to create another worldwide campaign that points to what has basically always existed. (Unfortunately). The sacrifice of people for power and money and other „abnormalities“ as I call them. We are overexploiting nature and mankind, for whom, already refuted x times with hard and fast facts, so supposedly „environmentally friendly electric cars“, we continue to rely on nuclear power because so clean, but unresolved „final storage issue“ , by the way, this also applies to all the batteries – what happens after the service life of these? You don’t need to be a clairvoyant – a campaign will be launched again….

Nobody talks about the poisons and influences from the pharmaceutical industry, all of which end up in the water and cause poisoning for all people around the world. Forced vaccinations, which are reminiscent of epochs of the Middle Ages, as an open-minded, free society of the 20th century, are no longer discussed, due to the overwhelming power of the digitalization of media and corporations, one can now act around the world and at the same time to indulge in the real sense of all these „methods“, M I G H T.

How beautiful and problem-free an “analog” life was or still is for some. We can’t go back there! – is written. Can’t we or don’t we want to? Who does not want that? Why? Who could „go back“ and how?Of course, I am not an opponent of progress, but progress cannot and must not lead humanity to where it is right now with this knowledge and experiences from the past! Humans are not robots, are not guinea pigs, nor are they slaves.Every human being is a divine creature, no number of statistics, no piece of goods, no serf of another human being, no machine!If we restore our democracies and act with human reason (not with human abyss) and live with a sense of proportion, then so many problems are no longer of importance or do not even arise. Life must be in the foreground, even with developments and the necessary progress, life, love, humanity, not power and money. Not wanting to be God, rule, kill, lie, steal and many other abysses of the human soul are worth striving for and lasting, no, it is feelings such as joy, love and happiness that make up a life. Only with an „analog“ human life can man exist in this world, show consideration, in harmony with nature, in peace with other people and living beings, develop his spirit further, act and think the world in such a way that it is worth living . © ewald apperle 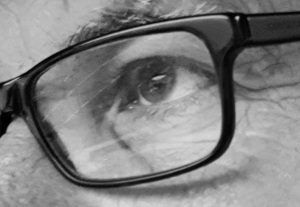